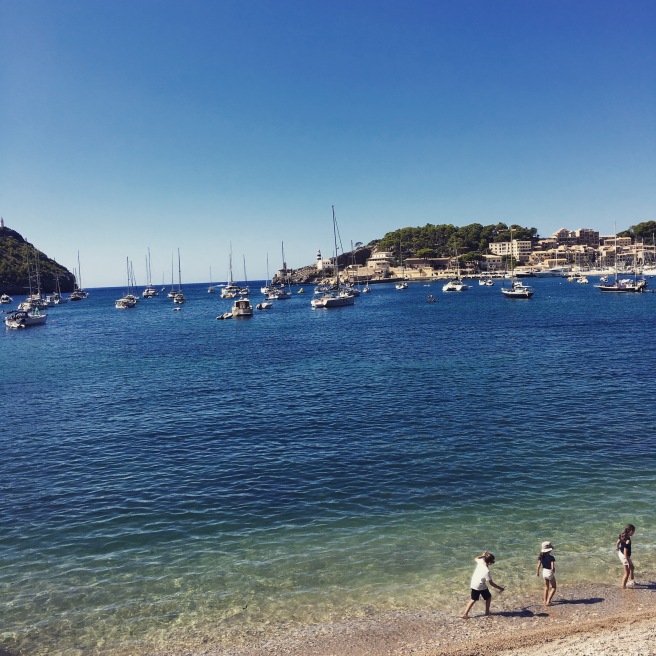 This summer marks just over a year since we moved to London, still in a period of adjustment, but edging closer to fully functioning in our surroundings.
We recently paused the bustle of London life though in place of tourist life in Mallorca for a week.
While we have been lucky enough to live in some incredible places, this was a different experience – we weren’t living our lives in Spain, just taking a break from real life while in Spain. It didn’t matter that we could only manage greetings in the local language, all that was required of us was to go with the gentle ebb and flow of holiday life.
With a beautiful backdrop and a slower pace came a much needed chance to take a breath and reconnect.
Our memories of Spain will be based on first impressions, but our batteries are charged, ready to get back to our reality. 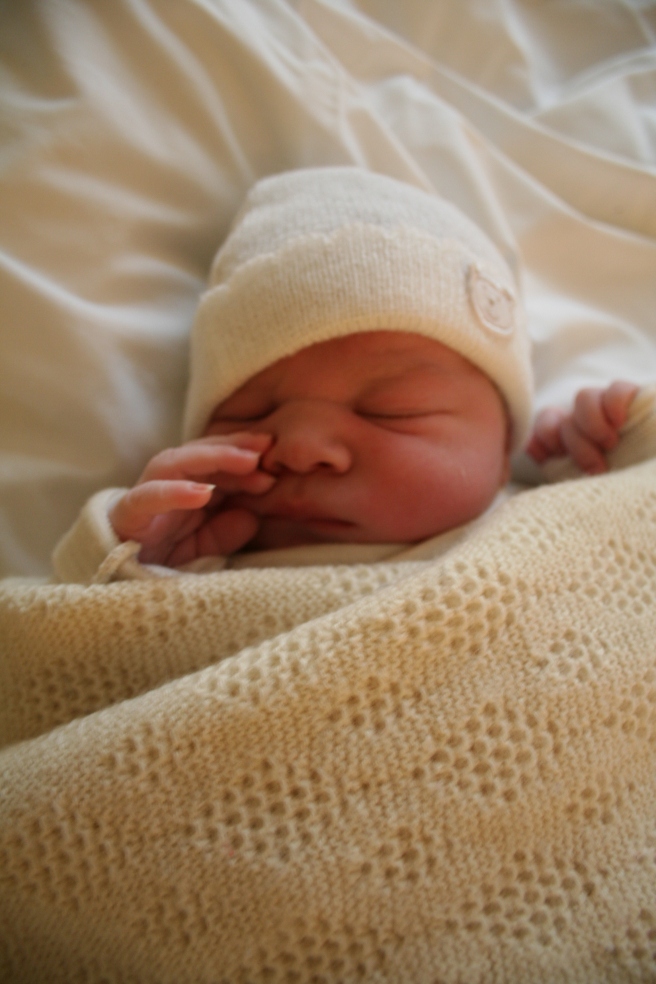 Nine years ago I met my baby boy. On one of those days where the usual ceases to be important and you have absolute clarity over what matters most. Today I wished I could go back and experience our first evening together just one more time, on a stormy Oslo evening where the rain poured down outside, but we were cosy inside, getting to know each other, mother and son. It seems like yesterday, but when I think of all we have done I realise that time has indeed passed as it should. I snuggled with my boy as he went to sleep for the first time as a nine year old, mindful that these are precious moments that pass by too quickly.

We got our Christmas tree at the weekend and set about making our home feel festive. There were a few reminders that we were in a new place this year – decorations made by smaller hands in Australia and Switzerland, and an array of lights that don’t fit our London sockets. But everything found its place in the end, and when we were done it was hard to imagine them anywhere else. I wrote about our Christmas traditions for Mothering Matters: A taste of Christmas

If Sydney has the beaches and Zurich has the lake, then London has the parks.

Since arriving in London, we’ve seen the leaves in our local park change from spring green to vibrant shades of yellow and orange and red.

For the longest time I’ve been living in limbo, but something has shifted.

I like the view where I am right now and want to be still for a while.

A while ago I was asked to write a piece about ‘our Swiss neighbourhood’ for an online Swiss parenting journal. The deadline seemed ages away, so I agreed and waited for inspiration to strike. When the time came to write it though, we had recently moved and it felt as if I was in the midst of living two different versions of my life.

It’s now several months since I wrote the piece, and the sense of bewilderment that comes through is now fading. My love of my Swiss neighbourhood however, remains the same. Here’s what I wrote for Mothering Matters: Living a local life. 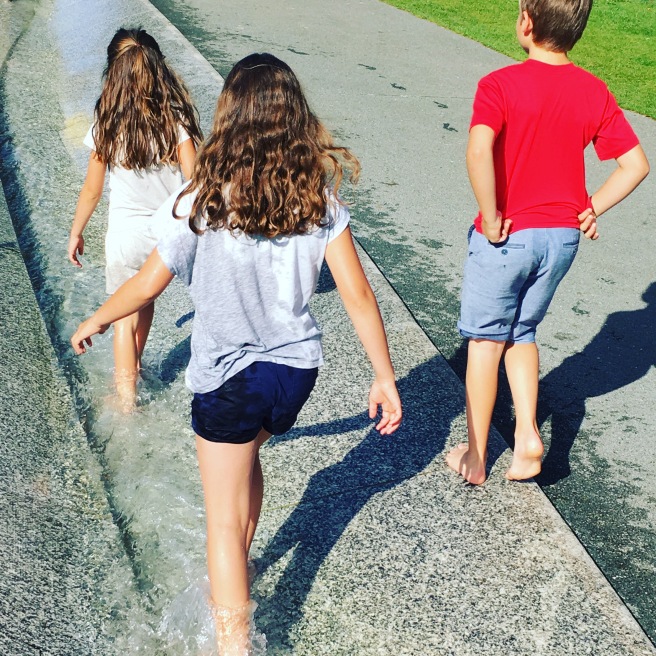 The summer holidays are almost at an end. The days are still warm, but the evening light is fading that little bit earlier. We are gearing up to a new school year, trying to remember times tables and locating schoolbags.

The kids started their new schools before the long holidays, a taster before a proper break, we said, justifying starting them in a new system on some random Thursday.

We assume kids are adaptable, but I wonder at which point that changes. Our first move as a family, to Australia, seemed so much simpler with a baby and a toddler. Now we have three small people travelling with us, each with their own unique personalities, two who seem fine with change and one who prefers the familiar.

My big girl recently visited her Swiss friend in our old village. It was interesting to gain a ten year olds perspective on the differences between the places, now that she has been living in London long enough that she is no longer just a visitor. London was busier she noted, well that wasn’t so much of a surprise. She also mentioned how people in Switzerland seem more friendly and greet each other on the street. I’d forgotten the frequent sound of Grüezi mitenand as we walked along, and quickly adapted to the London way of avoiding eye contact.

Sometimes I’ll overhear their conversations with each other, where do you like best, Sydney or Zurich? They are still trying to figure out where they belong in the world. They aren’t English kids yet. It’s too soon to tell if London will make it into the mix, but I’m hoping it will charm them in time. 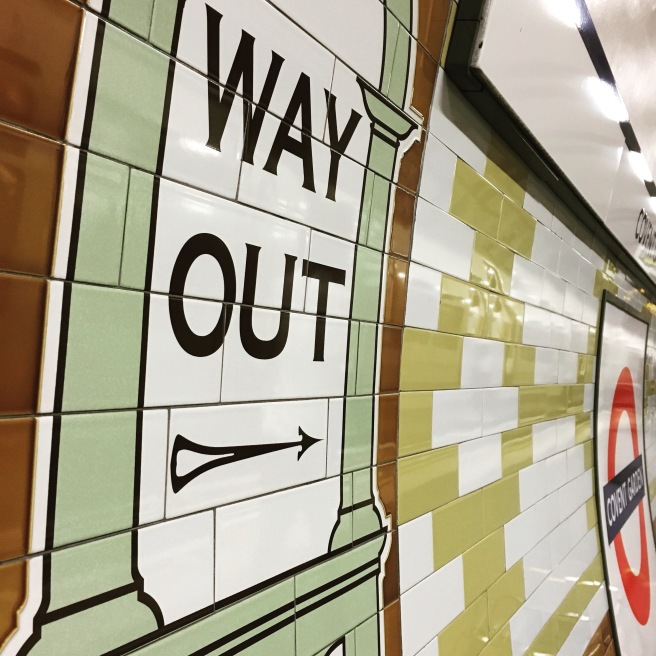 I’ve been a bit quiet lately.

Repatriation is a strange mix.

I speak with no accent, but look the wrong way when crossing the road.

I’m the person sitting quietly on a bench, or in a cafe, while conversations happen around me.

I’m the one standing in the supermarket with an inner calm at the realisation that the ingredients in the recipe match the ones on the shelf.

I’m nearing the end of a phase. I’ve had time to reflect and the words are coming back.

Faces on the street are becoming familiar, and there is the promise of friendship.

Change is scary, terrifying, but sometimes you find what you were looking for.

I am home nowhere and everywhere.

But for now I’m right where I’m meant to be.

The month that began with pranks will end with our family unlocking an unfamiliar door and stepping into a new chapter in London.

The goodbyes are almost upon us, and now a date that once seemed so far off suddenly feels too close.

My mind is rather muddled at the moment. I try to be an optimist, but really I’m a bit of a worrier. I hope the kids will be okay. Perhaps one day they will be thankful for their globetrotting childhood. Maybe they will just wish they knew the answer to where they come from.

Now it is time to focus. There is a lot to do. Probably the most important is to make some memories of these beautiful April days in our Swiss neighbourhood.

This little space of mine has an anniversary — one year!

Moving to Norway was the beginning of a journey that would forever change me. We all change of course, shaped by the things that come our way, but some things are out of our hands. Moving was a choice I made though, a decision in my control, yet ultimately one that would take it away, for a while at least.

I spent my first years in Norway building a life and trying to figure things out. Eventually things did make sense. Kind of. Except then I started to question the things I had previously taken for granted. I had started to think differently.

That process wasn’t really a conscious one. It sometimes felt more like a battle, me versus Norway. I realise now I was just experiencing culture shock. I couldn’t have written this blog back then because I was in it, immersed in the experience.

There was a familiarity about arriving in Switzerland. First an air of being on holiday, before the realisation of the task ahead. It hadn’t seemed so daunting when we moved to Australia, for me a different language brings a whole new dimension.

In the early days of Zurich, when it dawned on me that pursuing my previous job description or chasing a new one were both going to involve an equal amount of time and effort, I had the chance to take a breath and really think about what I wanted to do. It was a unique opportunity to take stock, and one for which I am incredibly grateful.

I discovered that I wanted to write for a living. There were elements of writing in my previous jobs, I just needed to focus on that more, and so I took an online course. The last module was to write a blog, about anything, but to start one. I decided to write about my thoughts and feelings on living abroad.

I had toyed with the idea of writing a blog for some time before, but never got around to it. I knew I had lots of ideas in my head, but I wasn’t really clear about whether I actually had anything to say.

In Australia I had three small children, and headspace wasn’t in great supply. By the time we reached Zurich the kids were older and everyone had somewhere to be. So there I was, in a new country, a little lonely, a little bored, but experiencing quiet for the first time in years.

This was like a key unlocking all the thoughts I had been holding on to for so long, and writing allowed me to process them in a coherent way.

I needed to find my ‘voice’. I had initially wanted to write a funny blog, but living abroad is many things, it can certainly be fun, but not always, and I found my voice to be an honest one.

I read somewhere that you should write regularly, and post on a certain day each week. But I don’t do that. I have to wait until the words come. Sometimes they get stifled by the noise of daily life, not ready to be released just yet. Then at some point there will be a moment, a flicker from somewhere, and the words that I find so hard to say in person appear on the page. Another part of the story written.

I live in the worlds happiest country. But what’s the secret to Switzerland’s happiness? And have I been happier since living here?

I had a think about it and wrote my thoughts in a piece for Mothering Matters: Finding your happy place